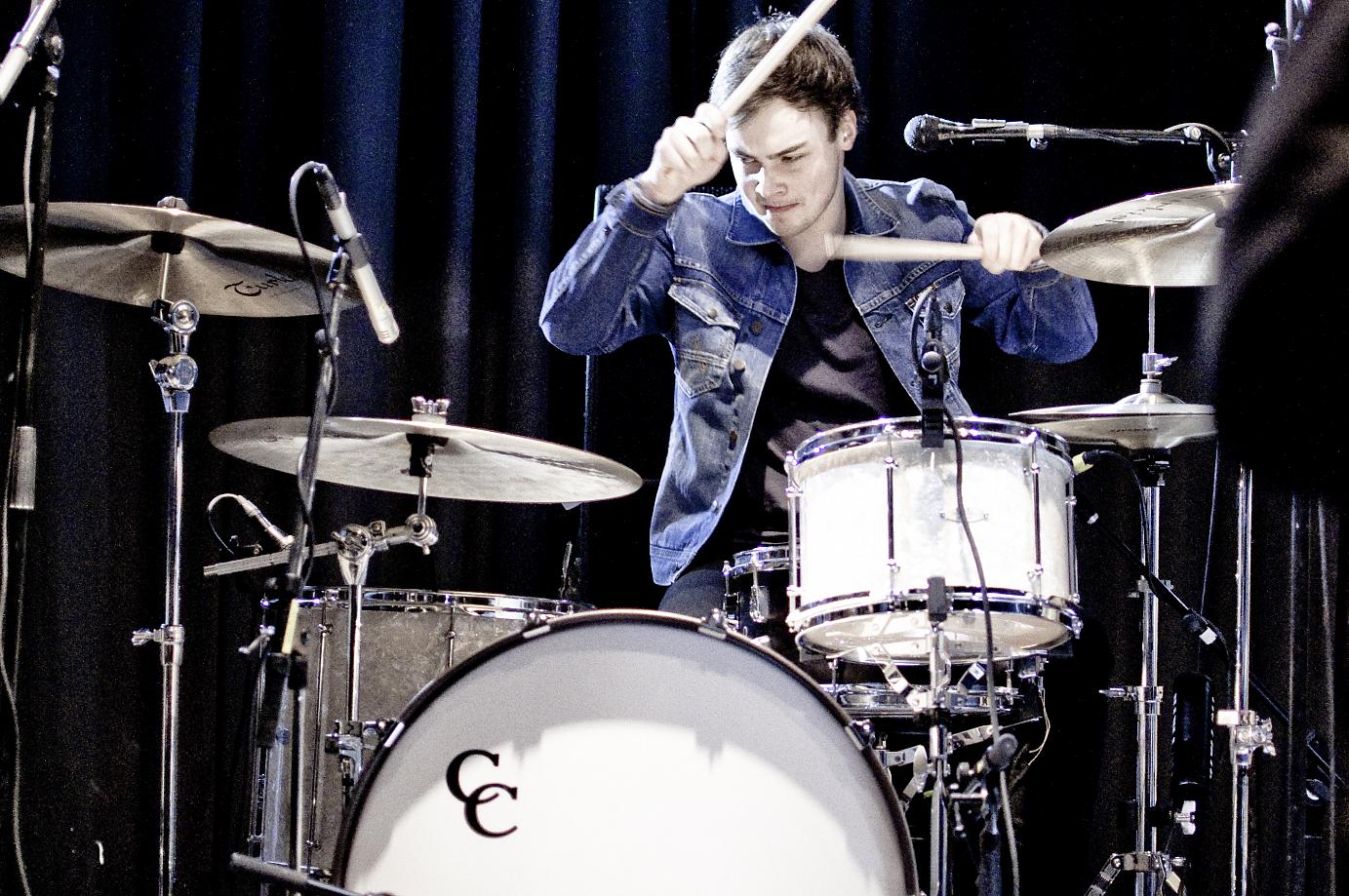 “I have always been a fan of vintage drums, and modern drums that have been designed in a ‘new vintage’ kind of way. I find C&C to have all that I truly want from a set of drums. I admire C&C’s approach to custom drum making; solutions that simply sound and look good in a traditional, retro-inspired way, without the need for useless ‘innovations’.”

“I started playing drums eight years ago. I joined my first band two weeks after I had started playing drums, we (and I) sounded like shit of course. Later, in 2007, Today’s Special was the first band I went to the studio and played proper shows with. Later on the band’s name was changed to Leaders. The band’s activity started to cease towards the end of 2009. In the beginning of 2010 French Films was founded. Since then as a drummer I’ve focused in providing a solid, reliable beat for the rest of the group, always keeping the song’s needs in mind.”