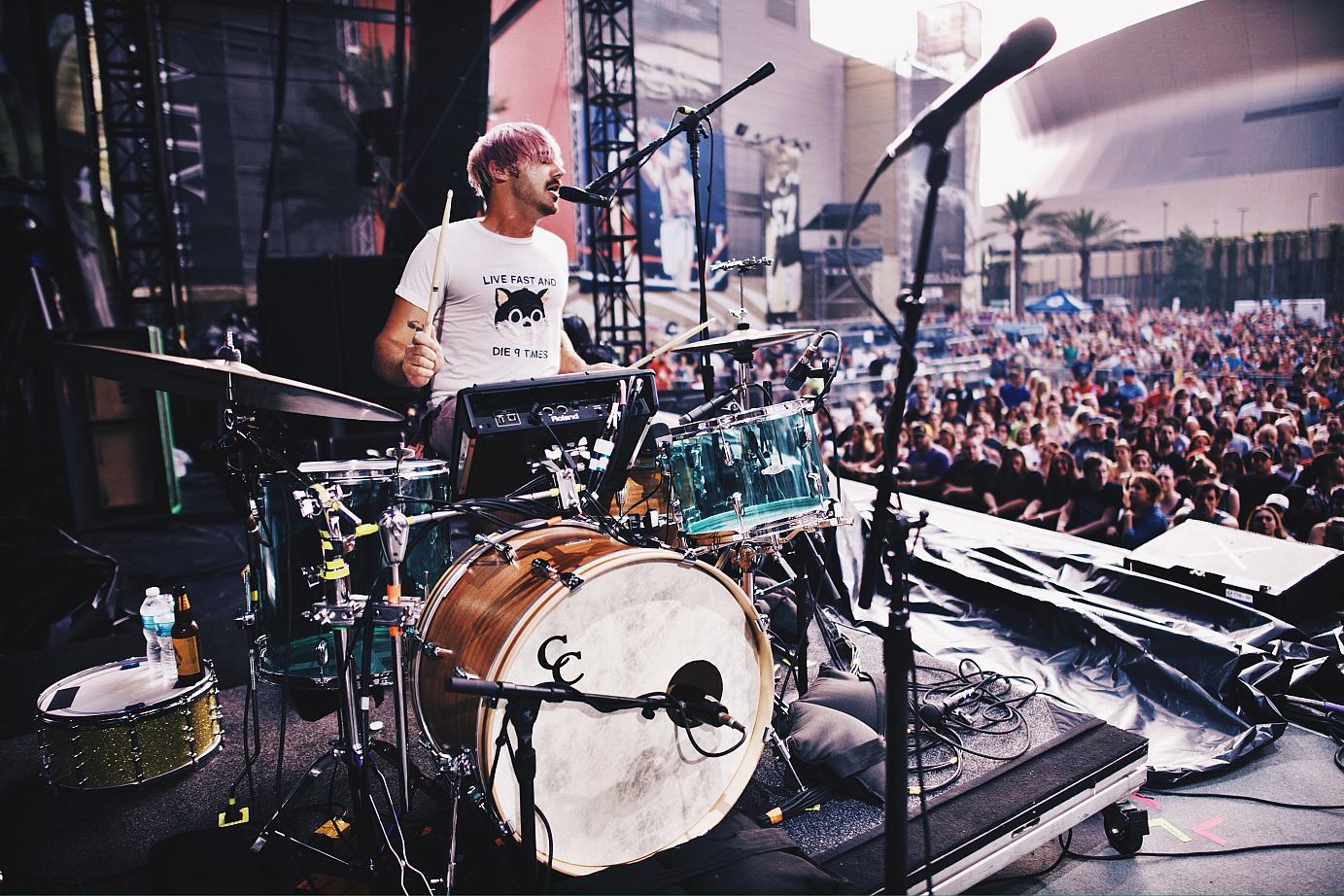 “The first time I played a C&C kit was in preperation for Death From Above 1979’s reunion shows in 2011. I borrowed the blue acrylic kit from Dave Hamelin (formerly of The Stills, currently of Eight And A Half). I used his kit for rehearsals and for the first few shows and fell in love. It wasn’t long before I called up Jacob and had him make me my own acrylic kit in Coke-Bottle green. This kit slayed. It sounded huge, played incredibly and looked so beautiful. The intersection of style and substance.”

I played as a drummer in a handful of bands since I was 12 years old. When I was 21 I met Jesse Keeler and we started playing together in his hardcore band “Femme Fatale”. At first we had two drummers on stage. It was complete drum annihilation. After a couple of years Jesse and I started writing together as Death From Above 1979 where I played drums and sang lead vocals. In late 2005 the band broke up and I started performing and eventually recording under my own name as a solo artist. In 2008 I put out my first solo LP titled “Sebastien Grainger And The Mountains”. It was a rock-centric record, where I played most of the instruments emulating a live band. I toured as lead guitar and vocals with bassist Nick Sewell, guitarist Andrew Scott and drummer Leon Taheny, whom all also contributed to the recording. After touring in support of the record for a couple of years it was time to make some new music and I started to take everything in a new direction. It was around this same time that Jesse and I started talking about playing as Death From Above 1979 again. In 2011 we reunited and toured around the world. By 2013 I released a second solo record, the more pop/synth leaning “Yours To Discover”. I completed this record while in Los Angeles recording Death From Above 1979’s follow up LP “The Physical World”. Death From Above 1979 are currently on tour supporting “The Physical World”.